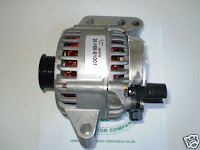 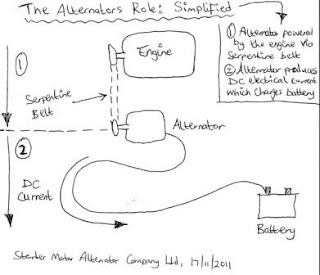 After successfully navigating the rectifier, the DC electrical current leaves the alternator along the thick B+ terminal, providing the required charge to ensure the longevity of your battery.
Posted by The Starter Motor and Alternator Company at 00:07

Email ThisBlogThis!Share to TwitterShare to FacebookShare to Pinterest
Labels: How does an Alternator Work?, What is an Alternator?
Location: 190 Exeter St, Plymouth PL4 0NQ, UK